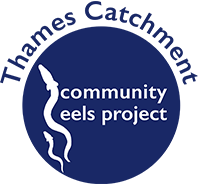 Complex Life Cycle of an Eel

The European eel (anguilla anguilla) is one of around 800 species of eel in the world and is facing a number of issues. It’s population has rapidly decreased and it is currently classified as Critically Endangered in the IUCN red list of threatened species.

All European eels hatch from tiny spherical eggs in the Sargasso Sea, in the western Atlantic Ocean and embark on a migration that will take between 1 and 2 years. The tiny eggs float on the sea currents and hatch into larvae, called leptocephali which are are about 5mm long. The  leptocephali float on currents towards Europe, on a journey that is over 6,500km.

By the time the leptocephali reach the continental shelf of Europe they will have grown into a glass eel and it is at this stage of the life cycle that they enter the Thames Estuary.

As they move up the Thames, they develop into elvers. The elvers need to spread out within the river system and swim up tributaries to find suitable habitats and food to enable them to grow. 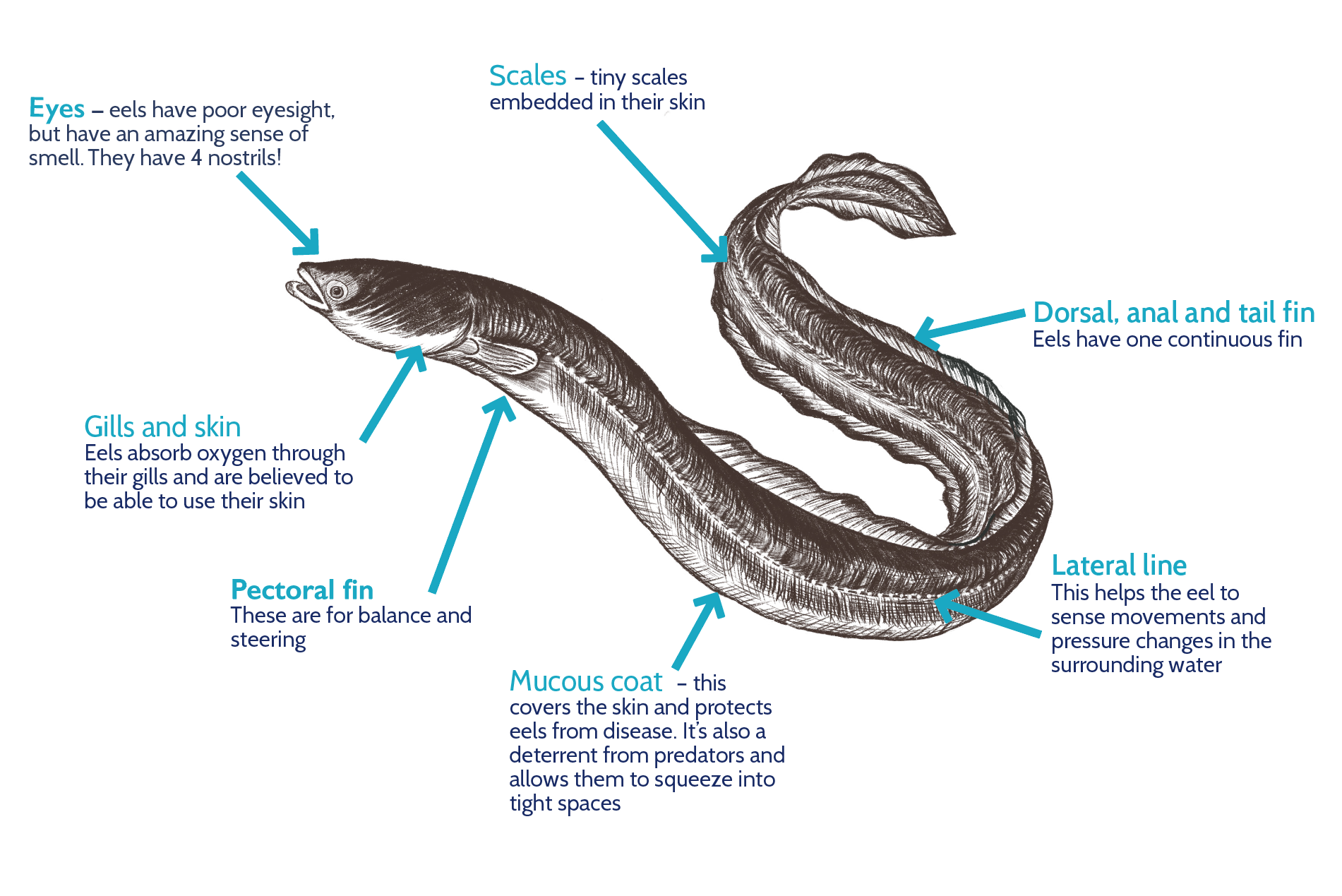 Once in the river system the elvers develop into yellow eels which are immature adults.

The European eel may have a snake-like appearance, but is in fact a fish. Check out the key anatomical features in the image above, including it’s four nostrils! 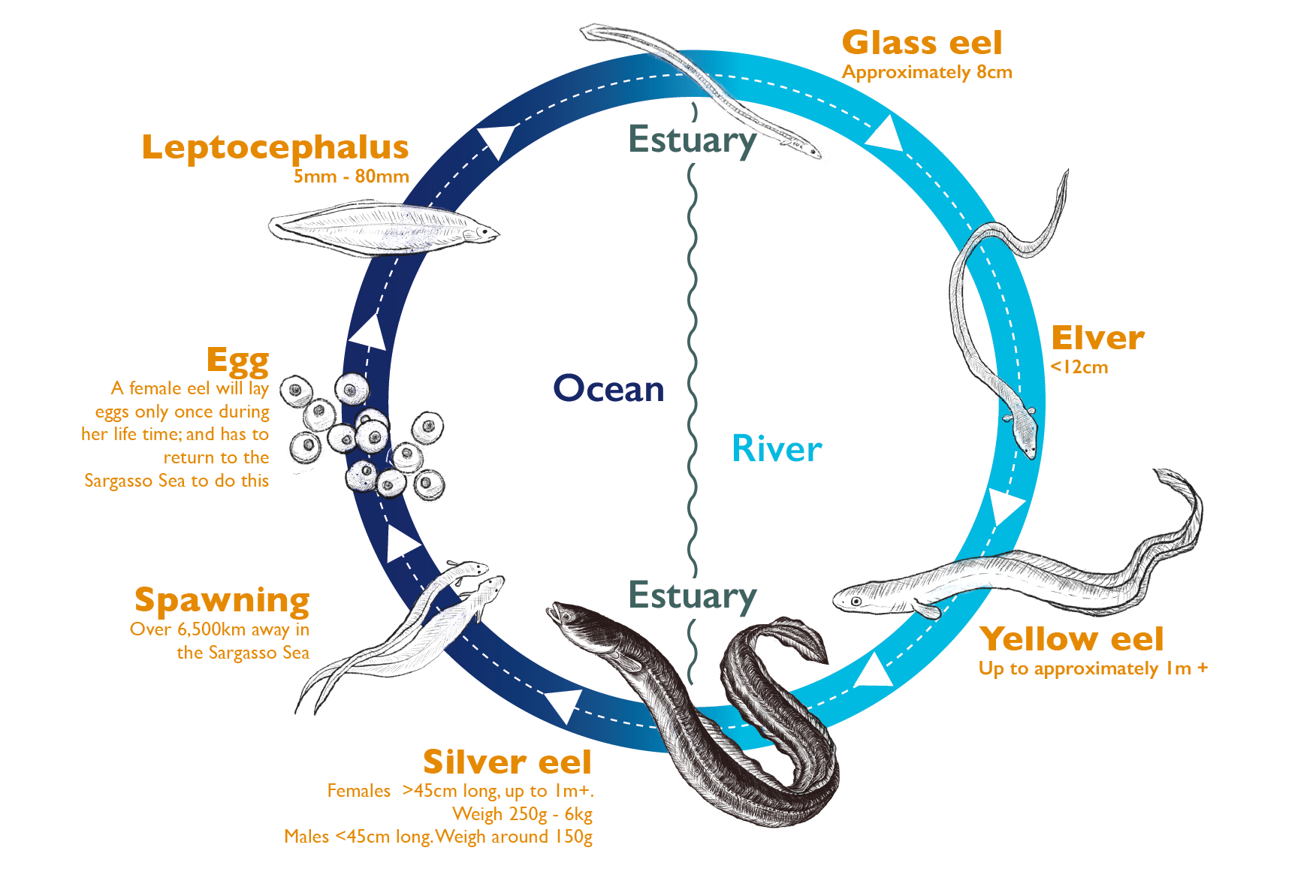 The yellow eel life cycle stage lasts many years and is spent within our rivers in the Thames rivers basin, before the eel becomes a silver eel. The silver eel only becomes fully mature during its migration back to the Sargasso Sea. It is this journey that the eel must make to enable it to spawn and complete its life cycle once it reaches the Sargasso Sea.

If you are connected with a school in the following river catchments – Mole, Ravensbourne, Upper Brent, Pang and Middle and Lower Kennet, please get in touch. We are running free classroom eel workshops and school assemblies.

Thames Estuary Partnership (TEP) is collaborating with us on the Thames Catchment Community Eels Project. The barrier data collected by trained volunteers will be incorporated into the Fish Migration Roadmap and into the Thames Basin Eel Management Plan (EMP) to aid the measures needed to improve the Thames River Basin for eels.

TEP are running workshops for our project partner Trusts to enable each catchment to have their own Roadmap, the map can be used to inform decisions for future eel projects and to engage communities and stakeholders.

Working together in partnership

The Thames Catchment Community Eels Project is funded by the government’s Green Recovery Challenge Fund. The fund is being delivered by the National Lottery Heritage Fund in partnership with the Environment Agency and Natural England. 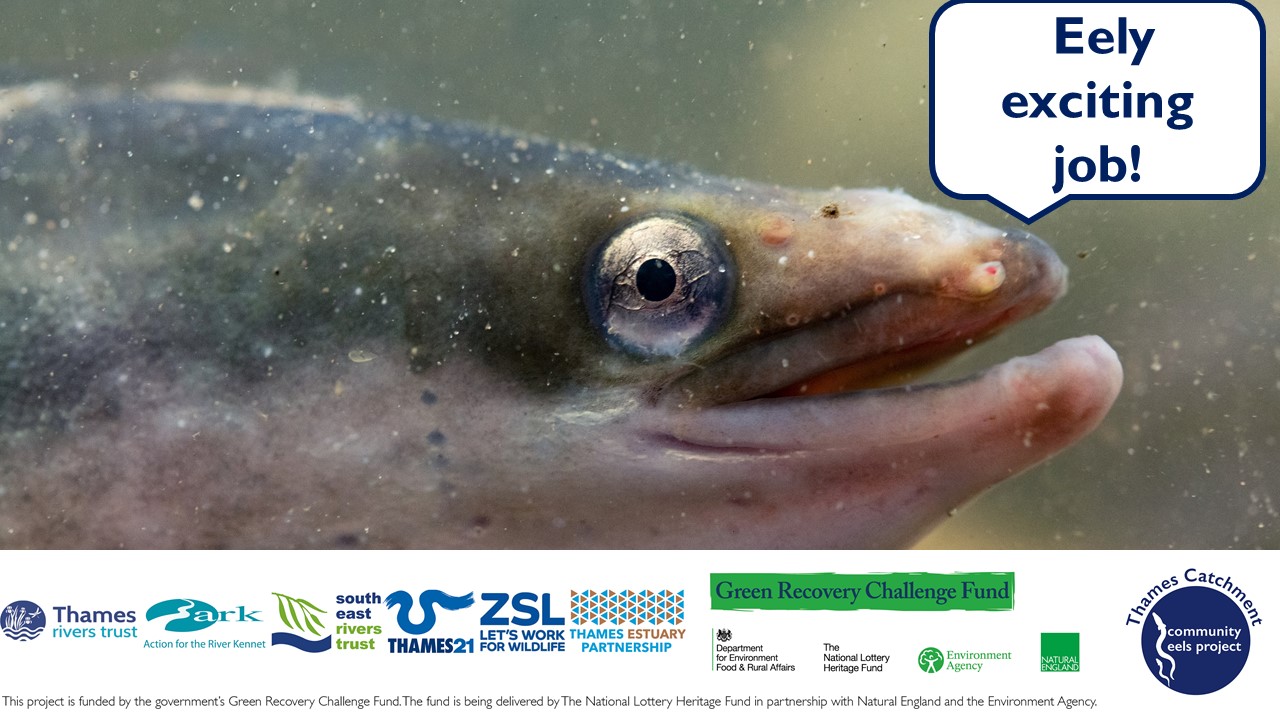 Thames21 are Recruiting – could you be their new Community Eel Officer? 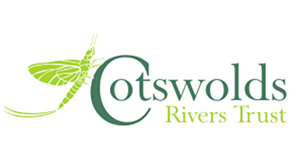 Read More →
All News Items
We use cookies on our website to give you the most relevant experience by remembering your preferences and repeat visits. By clicking “Accept”, you consent to the use of ALL the cookies.
Cookie settingsACCEPT
Manage consent